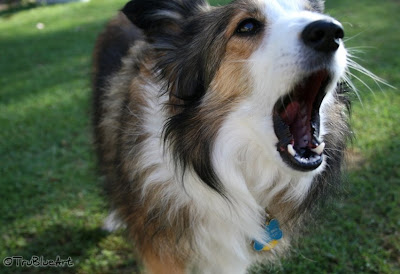 Blue is a miracle dog.  No, seriously, she was found in Beaver, UT running across the main street and ran under a moving horse trailer with a piece of rope around her neck.  Obviously, she survived and was unharmed.  That was back in 2002.  Some time between then and now (2003, I think), Blue and I found agility.  Blue took to it and we haven’t turned back.  Blue now has 6 NATCHs and has competed at the NADAC Championships 4 times (2006-2008, 2010), and won her division twice (2006,2007).  In 2010, she competed in the SilverStakes division and earned the most distance points out of all the dogs.  She has also competed in the Purina Incredible Dog Challenge, winning her class at the 2010 Western Regional, placing 4th at the National Championships, and placing 3rd at the 2011 Western Regional.

Blue's top priorities in life are eating and playing.  Blue lives for food, but she can never remember eating anything because she swallows everything whole.  Blue’s hobbies (other than eating) include; agility, learning tricks, chasing lizards, going for walks and barking. 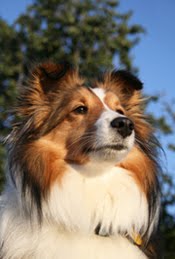 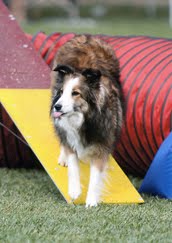